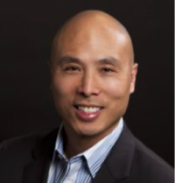 Unwanted sexual behaviors can include the following (but not limited to):

What’s challenging for the victims in these relationships is they may feel powerless to do anything because of their relationship status. In other words, women may think because they’re married or in a committed relationship, being sexually subservient is permissible. It’s unfortunate how many partners buy into this lie.

How does this happen? Part of it is due to their partner’s over-reliance on sex as a means of love. They may have misinterpreted sexual intimacy as the strongest means to emotional closeness thus are wedded to the notion that sex is an absolute in healthy, functioning relationships. It may start off as a joke or indirect jab at “not feeling loved” and escalate to more forceful groping or requests for sexual behaviors the other party is not comfortable with. But because the victim doesn’t feel comfortable verbalizing their experience and enforcing the boundaries, the abuser thinks their behaviors are acceptable or at the very least tolerable.

It may take years, but once the realization occurs that the victim has been sexually violated, they begin the journey of recovery and empowerment. Some relationships will reconcile when the abusers acknowledge the violations that have occurred but others will end due to the abuser’s denial, minimization, and blaming of the impacted partner.

In the end, unwanted sexual behaviors are sometimes difficult to acknowledge (on either side) but they are essentially a form of power and control that falls under the definition of domestic abuse, as they’re a violation of a person’s sexual boundaries.