Andrew Bauman on Working with Abusers 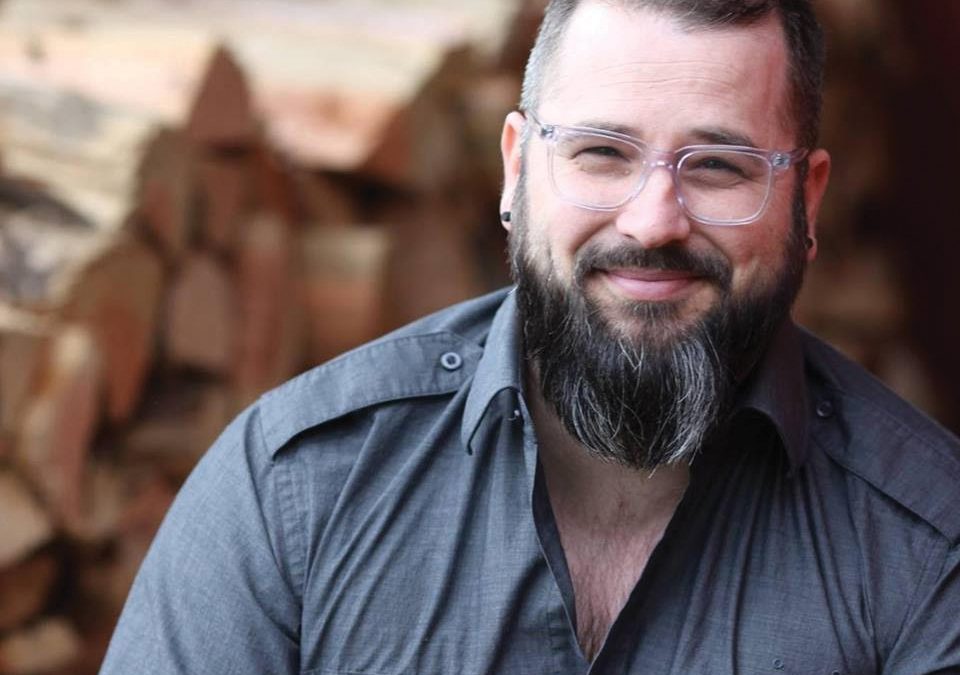 To see the full conversation, watch the video above or read the transcript below which has been edited for length and clarity.

Tabitha: I’m joined today by author and therapist Andrew Bauman to talk about his new book, How Not to Be an *SS.

Andrew: Thank you so much for having me. I’m a big fan of Northwest Family Life’s work, so glad to be here.

Tabitha: So tell me, how did you first get involved with working with victims of abuse?

Andrew: I think most callings tap into our own story. For me, growing up, my father was a pastor yet also a secret addict, and had a certain type of theology that was very oppressive and harmful to women, including my mom. That was the world I grew up in. As I grew older and had my own 13-year addiction to pornography, I not only realized I put women as “less than,” but also saw that my theology had become oppressive. About 15 years ago, in Nancy Murphy’s class at the Seattle School of Theology and Psychology, I realized: “Wow, there’s a name for this. It’s called domestic violence”. And I began the process of owning my own abusive behavior, my own history of misogyny. Now I want to help men become safe, to become good, and to understand how to stop being abusive.

Tabitha: So in the beginning of your book, you mention there’s a stigma around the word abuse. Nobody wants to be called an abuser. However, you’re one of the few men I’ve ever heard that says, “I used to be abusive.” You talk about the “unaware fool” and the “narcissistic coward,” opposite ends of the abusive spectrum. Can you elaborate.

Andrew: Not all abuse is created equal, right? In a sense, we put the label of abuse only on the worst diabolical behavior you could think of, the classic example is punching your wife or physical abuse.

But the normal abuse that I see daily is in the evangelical church. [They say,] “Oh, I would never hit my wife. I’m not abusive.” But yet they are. They’re on the spectrum of abuse because of what they do to gain power and control over their partner. And they haven’t done the internal work to undo these systems of entitlement that have served them and degraded their own spouse. So, we have to create some type of framework that helps people understand that while many of them are not that kind of classical narcissistic abuser, they are, in their unawareness and carelessness, behaving abusively.

You have to dive deep to understand why you’re doing what you’re doing. You have to begin to do that so you’re not a foolish man. Our unprocessed traumas are always reenacted. So if I don’t deal with my traumas, I’m going to reenact them most likely in my most intimate relationships, most likely in my marriage. I truly believe in men. I truly love men and believe we can do and be much better than this.

Tabitha: There’s a lot of infantilizing of men, especially in the evangelical church. Sometimes, we act as if men are physically incapable of understanding anything emotional.

Andrew: Exactly. We’re talking about grown ass men here. They can read a book or they can actually reach out to me. Their partner doesn’t have to set up sessions for them. They are capable. They are grown ass men and we have to begin to require that of them because they’re not 12 year old boys.

Tabitha:  It must be really difficult for some men to say, “My behavior was abusive,” rather than minimizing it by saying, “I regret the way I treated people.” How do men respond if you say, “That behavior is actually abusive.” Are they out the door?

Andrew: I can use an example from this morning. One [guy] says, “I am not abusive! I’m going to go to other therapists who do not say that!” And his wife is freaking out. “Now my husband’s so unsafe. When he was meeting with you, he was finally starting to get safe. And now he’s back to, “I’m good, I’m good. I’m good.” And I’m not saying that they’re bad. I’m just saying we have to integrate both our goodness, and our depravity. We are image bearers of God and we’re capable of great violence and harm. The sooner we can name that, the sooner we can move beyond it.

We have to be able to say,  “Wow. I have fallen short. I have failed and here’s how I have failed. My unprocessed trauma of my unavailable mother or violent father has been projected onto my wife.” We have got to take ownership so we can break the cycle.

Tabitha: Many Christians claim to believe in “total depravity.” But when you talk about abusive situations or racism, their first reaction is, “I would never do that!” And I’m like, “Well, your theology says that you’re perfectly capable of it.” I think sometimes we get stuck feeling ashamed of things that aren’t our fault at all and not acknowledging the things that we actually do need to repent of.

Andrew: Yes. Well said. And I think that humility—one of the guidelines of a safe and good man—is beginning to say, “Yes, I’m a broken man and I’m willing to engage that brokenness rather than blaming, gaslighting, or saying, “It’s your fault!” or “It’s because you have childhood trauma!” or  “You’re triggering me!” Instead, we must ask, “What does it actually mean to take ownership of ourselves and our privilege?”

Tabitha: You say there’s a difference between shame and guilt. Do you have a different language for either?

Andrew: I like to call it healthy shame versus toxic shame, and I found those categories helpful. Is this a kind of repentance? Did I mess up and feel a healthy amount of shame that I did wrong?

Now, toxic shame is, “I am bad. I am awful. I’m a piece of crap.” That’s not helpful. That does not lead to genuine repentance. It actually leads to more acting out. It actually leads to more entitlement, and then we want to soothe our shame, so we either head towards more addiction or more abuse, or whatever makes it make us feel powerful again. Whereas healthy shame and guilt can humble us, toxic shame is humiliating.

Tabitha: Often women who are in abusive relationships know that something’s wrong, but they don’t necessarily have the language to call it abuse. Their first thought is, “Well, he didn’t hit me, therefore it’s not abuse.” Pastors are often the first person survivors in their congregation will turn to when something’s not right in their marriage. What kind of advice would you want to give pastors who encounter this? How can they tell the difference between an unhealthy marriage and an abusive one? Who should they call?

Andrew: There is so much info out there. Online courses, Patrick Weaver, Dr. Nancy Murphy even contributed to my book, writing the essay “What church would I look for if I was an abuser?” You’ve got to get your hands on everything you can to be educated. You don’t have to be a master of all of these different things. It’s okay if you don’t know what you’re doing, but you need to reach out for help. You need to get help elsewhere because this is a real issue and it’s really dangerous.

Because if one out of four women coming to your congregation have some sort of history of violence, (one out of three sexual violence,) then we have to be talking about this. We have to be addressing this. So pastors, even if it’s not your story, it is twenty-five percent of your congregation’s story! And that’s why I have such a passion for this. We’ve got to raise awareness. We’ve got to begin to address this in our churches because silently, so many men and women are suffering.

The church can be an incredibly dangerous place for victims of domestic violence. Especially when seminaries often only require one (or no) counseling classes for their Divinity students. And I hope to be a part of the change.

Tabitha: In our survivor groups, one of the phrases that I return to a lot is, “Accountability is loving.” Many of the women that are in our groups and are working towards healing, still love the person who abused them. Could you say more about when it’s more loving to leave a relationship than to stay?

Andrew: Yeah. Sadly, a lot of times we’ve been conditioned to think the institution of marriage is somehow more important than your own individual safety. But actually, sometimes the most loving thing to do is to stop enabling this toxic behavior and to say, “No.” Say no more and actually walk away because you love yourself and you love God so much. And God’s image is in you, so you will not be treated that way anymore.

I can’t tell you the amount of men who have come to me, finally broken only after their wife finally said no and walked out. I don’t think true love is enabling that type of thing. Because if you truly love someone, you’ll help set them free. And that includes calling out abusive behavior. Because that’s not hopefully the type of man that they truly want to be or that God wants them to be.

Tabitha: As a kid, I remember hearing that the only biblical reason for divorce was adultery. Abuse was a gray area. It’s interesting that we would hold up adultery as worse than abuse. Why? Why is that a more valid reason to end a marriage than abuse?

Andrew: So many women suffer in silence because they know their partner will not hear them. And yet what I’m seeing over the last decade of being in this work, it’s the resources and the online presence is growing. Women are saying “No more.” We’re not going to enable or be a part of this evangelical machine that enables male violence to continue.

Tabitha: You wrote in your book, “He broke the covenant of your marriage when he chose to be emotionally, physically, sexually, spiritually, or psychologically violent.” I think that is really important. There’s more than one way to abandon your spouse.

Talk to me a bit about survivors and anger. I know women are often punished for being angry, whereas men are looked at as more powerful when they are angry.

Andrew: Right. I think anger is a beautiful, healthy thing for men and women to have and to embody. And it can be clean anger that actually increases intimacy and connection between the partners when anger is done without aggression. It can actually bring two people closer. Sadly, what has modeled to us and what most men demonstrate is aggression, belittling, or cutting the other person down. Whereas clean anger is just an emotion, like, “Oh, that was wrong. That really hurt my feelings.”

Tabitha: What is one thing you wish the church understood about abusive relationships?

Andrew: That’s a big one. I want the church to understand that women are not second-class.

Much of our interpretation of the Bible, especially of Paul’s words, has been so misinterpreted. And yet our interpretation of scripture has often created this fundamental sexism against women. But we somehow say, it’s God ordained. To silence part of God’s image does not make sense. Men listening, what does it mean for us to lay down our lives? What does it mean for us to create mutuality and equality in our churches and our theology that helps us understand God much more fully, because God is in all of our faces regardless of gender.

To see more from Andrew, check out christiancc.org and andrewjbauman.com